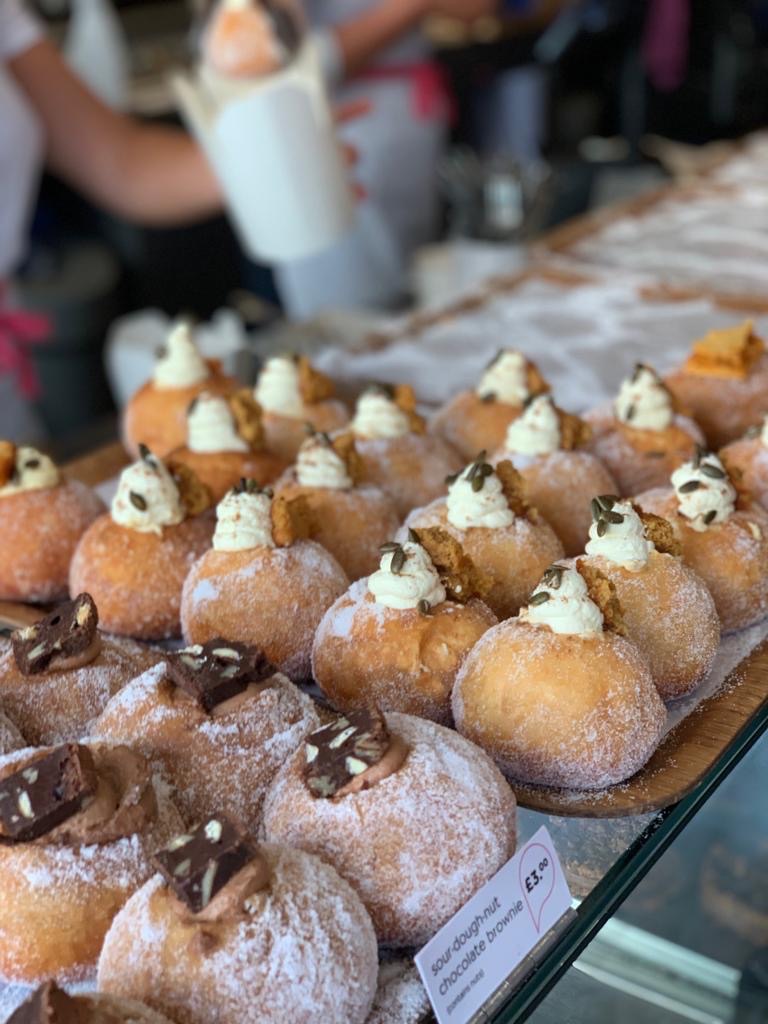 Bristol has long been known for its multicultural, vibrant and independent food scene. Now with 73 people moving from Bristol to London in an average week (Office for National Statistics), the city’s bars and restaurants are cool enough to leave even the capital’s eateries trailing in their wake.

Here are our tips for making the most of Bristol’s hub of foodie haunts.

Whilst vegan food is taking the rest of world by storm, it’s rather old hat in Bristol, a city – who thanks to its eco culture – is home to the highest concentration of vegans in the UK.

For those looking for a plant-based feast, Suncraft, situated on the ever-popular Gloucester Road, has been a hugely popular since opening in 2018. Suncraft work with Grow Bristol, the city’s pioneers in innovative urban farming, to create an in-house hydroponics system for growing ingredients such as Egyptian mint, pak choi, edible flowers, and mizuna (Japanese mustard leaves).

Another hang out is Café Kino, a co-operative cafe in Stokes Croft, owned and run by its workers and serving vegan burgers, breakfasts, falafel, fresh salads and cakes.

Not to be confused with your takeaway containers, Bristol’s Wapping Wharf is home to some of the city’s best restaurants, all housed in a number of small shipping containers on the River Avon.

You can find everything your heart desires here, from tapas and curries, to the best of British seasonal cuisine.

For those looking for a knockout fine dining menu in an intimate setting, head to Tare. The set six course menu changes seasonally and is served in the 22-cover restaurant by super friendly staff. Make sure you book in advance as tables are hard to come by.

Other shipping container favourites include Box-E for British plates and Gambas for tapas.

No city would be complete without its local food heroes, and Bristol is no different.

Pieminister is Bristol’s most well-known institution and no trip to the city is complete without sampling one of its delicious delights. After setting up its first shop in Stokes Croft in 2003, the brand is now seen in cities across the UK and employs over 300 people. All pies are still made in Bristol so for those only stopping off for a fleeting visit, you can still get your taste of Bristol closer to home.

A shout out must also go to Boston Tea Party, another Bristol-founded brand which not only serves a great brunch but was the first café in the UK to stop serving drinks in take away cups. So far, the chain of 23 has saved over 260,500 plastic cups (and counting) and not only that, every 10p saved on not providing take away cups is donated to causes in each café’s local areas.

For those looking for award-winning fine dining in the city, Bristol has five Michelin-starred establishments to indulge in.

Perhaps the most well-known, is Josh Eggleton’s Pony and Trap which has held a Michelin star since 2011. The Pony & Trap is a 200-year-old pub set just eight miles from Bristol in Chew Magna and attracts Bristolians looking for outstanding food and warm hospitality.

For those looking to stay in the city centre there is Casamia and Pacoa Tapas, by Peter Sanchez-Iglesias situated next door to each other on Lower Guinea Street. There is also Bulrush and Wilks restaurants located in the quieter Redland.

Quality restaurants are not restricted to Bristol city centre and with the development of more and more up and coming neighbourhoods, Bristol residents can enjoy top nosh wherever they live in the city.

The Bristol Loaf bakery in St George makes mouth-watering pastries and loaves to take home for cosy weekends or eat in if you’re lucky enough to get a table. Other bakeries of note include Pinkmans in Clifton famous for their sough-dough-nuts filled with creme pat and topped with honeycomb (yum!), Harts Bakery next door to Temple Meades station and Anna Cake Couture in Clifton Village for cakes and patisseries lighter than air.

One of the best Sunday roasts in town can be found at The Spotted Cow south of the river in Southville, with beautifully cooked meat and veg to be enjoyed by a cosy fire or outside in the spacious pub garden. Southville also plays host to great brunch at The Malago and delicious dirty burgers at Bristolian favourite Oowee Diner.